For the functioning of the website and to improve the ease of use. In addition, we use cookies and the collection of information by third parties for marketing purposes. By continuing to use our website you automatically agree to these terms and conditions. For more information or to change settings, see our cookie policy.

As of now you can find all your Celebrate Vitamins products on wlsproducts.com. 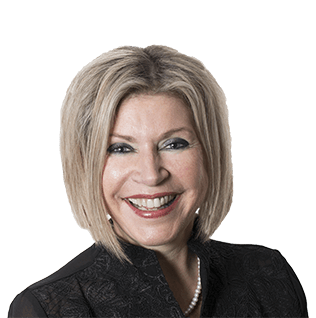 Need help? We are here for you! Ask a question about this product We are happy to offer you optimum support from our own experience. Ask your questions, we will gladly help you further.
00800-22006600

Send us a message via e-mail

The Health Benefits of Resveratrol

At WLS Products, we are always interested in finding new procust toi keep our clients fit and healhty. We succeeded in securing a limited batch of the immune-booster:

Have you also heard the latest hype about the benefits of resveratrol for your immune system? In these times, when everybody takes extra good care of their resistance, a lot of new products come to light, claiming to be the saviour.
Let’s take a closer look at Resveratrol, what it does and what it’s benefits are.

Some of the benefits of resveratrol

Resveratrol in wine
If you've heard that red wine can help lower cholesterol and boost your immune system, chances are you've heard of resveratrol — the much-hyped plant compound found in red wine. The resveratrol in red wine comes from the skin of grapes used to make wine. Because red wine is fermented with grape skins longer than white wine, red wine contains more resveratrol.
But beyond being a healthful part of red wine and other foods, resveratrol has health-boosting potential in its own right.
In fact, resveratrol supplements have been linked to many exciting health benefits, including protecting brain function and lowering blood pressure

What Is resveratrol?
Resveratrol is a plant compound that acts like an antioxidant. Scientists became interested in resveratrol because of its antioxidant properties. It was thought to possibly confer longevity, anti-inflammatory, heart-healthy and anti-cancer properties through a variety of mechanisms.
Resveratrol is found in food sources like: the skin of red grapes, peanuts and pistachios, and in berries, such as blueberries and cranberries, raspberries and mulberries, and also in cacao beans.

Resveratrol is thought to have the following benefits based on early research:

• Resveratrol supplements for boosting the immune system
This is where resveratrol comes into the news lately; for it’s resistance-building and immuno-boosting qualities. Resveratrol has shown to have multiple beneficial effects on several critical processes involved in the immune response.
In depth studies show several effects on the immune cells, on a molecular level, as well as on a cellular level. Furthermore, the anti-viral, anti-bacterial and anti-inflammatory qualities of resveratrol are also helping in boosting the immune system.
Studies have been done in test tubes (in vitro) and in animals, and the results are promising.

• Resveratrol Supplements for heart & circulatory system and blood pressure
Because it acts as an antioxidant, resveratrol shows promising signs of beging a possible supplement for good heart health and for lowering blood pressure. This is thought to work because resveratrol may help the body to produce more nitric oxide, which causes blood vessels to relax.
Furthermore, the intake of resveratrol seems to be linked with increased amounts of HDL (the good cholesterol) in the blood.
These processes are promoting factors for good heart health, good cholesterol levels, healhty arteries and ultimately a good blood pressure. However more research is needed before specific recommendations can be made about the best dose of resveratrol to maximize these heart health benefits.

• Resveratrol supplements for anti-aging and lifespan
A lot of reasearch has focussed on the ability of reseveratrol to extend lifespan in certain animals and organisms. There's evidence that resveratrol activates certain genes that fight off the diseases associated with aging.

The anti-aging benefits are thought to be present in the body cells (cell renewal) but also in the brain. The anti-oxidant and anti-inflammatory properties of resveratrol may be responsible for the slow down of cognitive decline. Also, some studies suggest that it is linked to less forming of the plaques that cause Alzheimer’s.
Thus, being a powerful potent antioxidant and anti-inflammatory compound, resveratrol shows promise in protecting (brain) cells from damage and for prolonging lifespan. However no studies have been done in humans on this subject.

• Resveratrol for obesity and diabetes
Resveratrol has been shown to possibly increase insulin sensitivity, which has several benefits for diabetes. Again, predominantly animal studies have been showing this.
It’s anti-oxidant properties may protect against oxidative stress of the cells and against inflammation. These factors are often the cause of complications for diabetes patients and other chronic patients.
Researchers say resveratrol shows a lot of promise to be able to treat diabetes and its complications in the future, but more research is needed.
Also, the insulin-lowering effect and the regulating effect on blood glucose levels seem to be promising in treating obesity.

• Other benefits associated with resveratrol
Since it has anti-inflammatory effects, one of the other benefits of using resveratrol supplements could be reduced joint pain and damage.

It has been tested on animals, that resveratrol may slow down cancer cell growth. Further resreach is being to done to investigate this very promising effect in preventing and treating some forms of cancer. This works because of slower cell gowth, slower cell spread and also in certain hormonal effects.

Considerations about Resveratrol- medical disclaimer
The research so far, even if mostly in animals an test tubes, seems tob e very pormising for a lot of health benefits of this supplement. It is exciting to see, what more research in the next years will be done to prove some of the major promises this compound holds. Resveratrol is a powerful antioxidant with great potential.

It is always a good idea to consult your doctor before taking a food supplements, to make sure there are no interactions with your medications or conditions. Especially when taking blood pressure medications, blood-thinners, anti-anxiety medications, you should always seek medical advice before trying something new.

Read more Read less
Product Features
Disclaimer Do not exceed the recommended dose. Food supplements are no substitute for a varied diet. A balanced diet and a healthy lifestyle are important. Keep out of the reach of small children. Keep cool and dry (between 15 - 25 degrees Celsius and 40 - 50% humidity). Do you have questions or doubts about this product and whether it is suitable for you? Then contact an expert or one of our orthomolecular advisors.

Need help? We are here for you! Ask a question about this product We are happy to offer you optimum support from our own experience. Ask your questions, we will gladly help you further.
00800-22006600

Send us a message via e-mail